The Monna Lisa "Palazzo Antico" building dates back to the 14th century when it was a merchant house with courtyard, workshops and warehouses used for Florence's burgeoning trade sector.
The road where the Palazzo sits, called Borgo Pinti, has its own history.  All the alleys that lay outside the circle of the city walls of "Florentia" were called "Borgo". It was only later, in the early Middle Ages, that it was incorporated into the town circle, keeping the name of Borgo Pinti. Many artists have lived or worked in Borgo Pinti. The most famous is undoubtedly the sculptor Jean de Boulogne, known as Giambologna, who purchased the Palazzo Bellini delle Stelle, which can be visited to this day, in front of the Hotel Monna Lisa in 1608 and made it his home and atelier.
From the 15th century onwards the Monna Lisa Palazzo Antico building was transformed into a residence for Florence's noble and aristocratic families like the the Ferrantini family in the early 15th century, who dedicated it to the Ecumenical Patriarchate of Constantinople in 1439 during the Ecumenical Council, and the Neri family in the 16th century who brought Saint Philip Neri, known as Pippo the Good, into the world in 1515.
The building took its current name of Palazzo Marzichi-Lenzi in the 17th century 'from the name of the Florentine family that purchased it. The Marzichi-Lenzi were an important family of merchants during the Republic of Florence, to whom they provided numerous Priors and Gonfaloniers of Justice, and they were given the noble title of "Conti" by Grand Duke Cosimo III, (1642-1723), in the second half of the 17th century. Above the Palazzo's majestic front door, in the middle of the façade, you can see the blue and gold Marzichi-Lenzi coat of arms, depicting a bull's head.
The Palazzo appears in the 1901 list compiled by the "Direzione Generale delle Antichità e Belle Arti" (General Directorate of Antiquities and Fine Arts) as an historic monument, and therefore considered a National Artistic Heritage building. 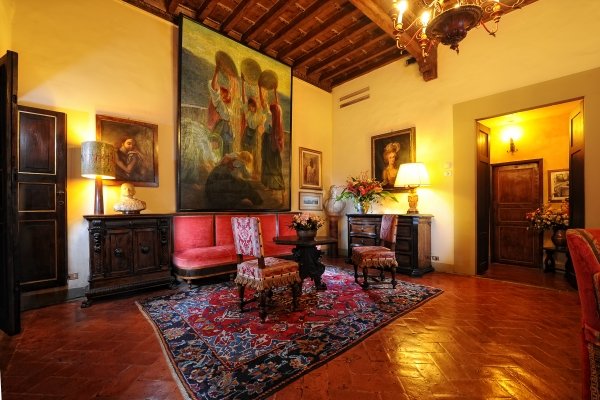 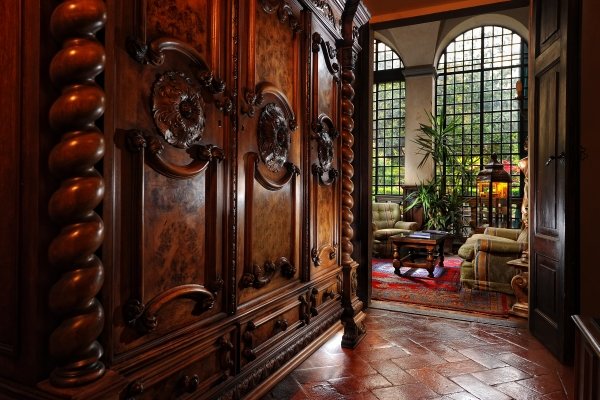 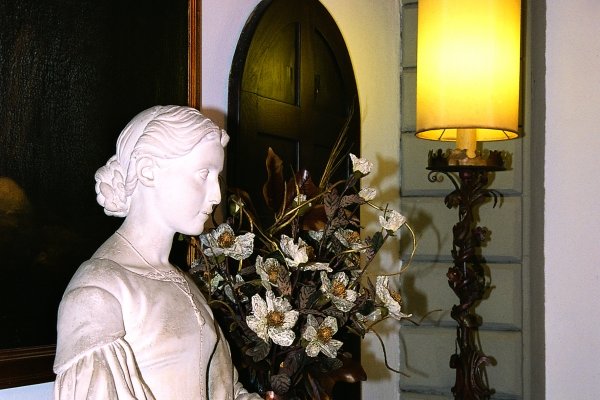